#1
Please share your memories of the sets that you drooled over or were notable for some reason.

2004 Sharp D4U series LCD - This is the first series of Flat Panels I really paid any attention too. Before this, they were only a quick glance dream. Interestingly, Sharp had a 45" panel size that disappeared later on.

2006 Westinghouse 47W1 and 40W1 LCD - Low cost units that got a lot of attention. No tuners, monitor only. 1x1 Pixel mapping (no overscan) made this a great computer monitor.

2006 Vizio GV42L 720p LCD - The little upstart US company, Vizio came in to focus for me. A decent set with Faroudja DCDi processing, was available on sale at Costco for $1200. This was back in the days of Costco's unlimited return policy, which was abused by people upgrading their Flat Panels every year or so. 2006 Vizio P50HD* Plasma - Containing Faroudja DCDi video processing and typical Vizio styling. Could be had for much cheaper than the other leading brands. This set later became known for the infamous Pop of Death. 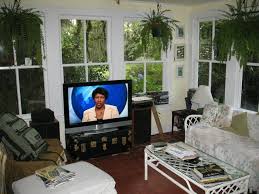 2007 Olevia 747i - The now defunct US company Syntax-Brillian's masterpiece. It contained the highly regarded Silicon Optix Realta video processing chip, the best processing ever found in a Flat Panel set to this day. Blacks were not inspiring, and for some reason they put a thick glass pane over the front of the LCD panel....making this a very heavy set, as well as introducing plasma like glare unnecessarily. This set famously went on sale at TigerDirect for $999 to be clearanced.

Panasonic Professional Series Plasmas - Great Styling, lacked tuners and speakers, but were less expensive than their commercial brethern, so many picked them up for their home theatres. Great performance.

Pioneer Plasmas - Always priced way above the Panny's, I never really considered them or paid much attention to them.